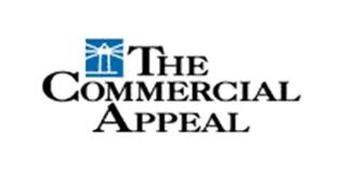 SPIRITUAL ROOTS
'INNERTAINMENT': A Journey
from the Bible Belt to the Holy Land


Chaya Lester (formerly Cary Kaplan) is a fifth-generation Memphian and White Station High graduate. Now she is a Jerusalem-based spiritual teacher, psychotherapist and performance artist. On Thursday, she will share the details of her journey in her “Babel’s Daughter,” a one-woman show.

Cary Kaplan will tell you that she didn’t have it all together when she was going to White Station High School. “I had a rebellious nature,” she says. The scope of her discontent included her Judaism and whatever else that called for conformity. But she found purpose in that restlessness as she followed a path that has led her to “Babel’s Daughter.” That’s the title of her unusual one-woman show coming to the Memphis Jewish Community Center on Thursday.

Now known as Chaya Lester and living in Jerusalem, she looks back on her years in Memphis when she was questioning everything. “I found that it was a desire for transcendence and meaning — something more than the status quo.”

Lester’s show is a tribute to that search. She is a performer, a poet, a psychotherapist and counselor.

“Babel’s Daughter” is no passive entertainment — she engages audience members with “Innertainment,” encouraging them to write down their own life experiences even as Lester shares her own journey.
That rich journey — from the Mississippi Delta to Jerusalem — is not much of a surprise to Mimi Grossman, who has known the Kaplan family for years and Lester all her life. Grossman taught the ninth-grade Cary in CLUE English, an advanced program, and was impressed.

“She was always a high achiever,” Grossman says. “She was absolutely above the majority of students in her thought processes and her manner of verbal expression, which was keen and insightful even as a 14-year-old.”

Soon after, Grossman switched from teaching English to college counseling, something she still does at St. Mary’s Episcopal School. She helped the young woman in her search, and also got to observe her when Grossman accompanied several students from White Station to Yale University for a model United Nations program.

“She knows no strangers,” Grossman says. “She has a true gift and it was apparent very early.”
Growing up in Memphis influenced Lester in many ways. “There is a certain air of religiosity there that I soaked in from my Jewish world but also the Christian world,” she says.

And it wasn’t just faith that shaped her. Local music worked its magic for one thing, and then there was that Memphis mojo. “Artistically I picked up on some of that nice Memphis charm,” she says. “And I use a lot of lyricism in my work. It’s poetic and rhythmic but it has a kick to it.”

A pivotal moment came when Lester visited former concentration camps in Europe. The educational program March of the Living takes young people to those camps. Right after that, Lester went to visit Israel, and that, she says, “really revolutionized me in a lot of ways, the intensity of the Holocaust and my ancestral connection.” She says it was a divine drive that led her to increasingly focus on her religion, to study psychology and to use her gifts of performance and expression.


“Babel’s Daughter” consolidates those qualities. Audience members get what Lester calls a passport to their inner Israel. She asks questions throughout the performance and people can write down their answers and impressions. It gives a chance for visitors to Israel to consider on a higher level what it means to be in Jerusalem. “Visiting as a tourist brings an onslaught of historical information and there is little time to process it,” she says.

Andie Uiberall saw “Babel’s Daughter” earlier this week in a preview performance and was impressed. “It’s a very emotional show and moving,” she says, “and yet there are humorous aspects. She sees it as being relevant across generational lines as well. “It’s her story of a girl growing up in the South and probably a lot of younger people can relate — and as a parent you can see it from a parent’s standpoint. It’s about finding your way, and growing up and discovering what’s important and helping you to focus on that.”

Lester likes the term Babel’s Daughter with its Biblical connection to the Genesis story of the Tower of Babel that involved a jumbling of cultures. “I have my identities as an American and a Jew and living in Israel,” she says, “and the mixing of identities is a wonderful image.”

There is also that word that emerged from Babel: babble, which Lester the wordsmith reinvents to get away from its common association with incoherence. “In terms of speech and expression,” she says, “a lot of the performance is spoken word poetry which is word play.”

This will be the first time she’s done the show in Memphis, and Lester says a number of characters that are in her performance will probably be in the audience. “That’ll be a first for me,” she says. “A couple of characters are composites of four people I grew up with, but I mostly just share it.”

While Lester is Jewish, she says that “Babel’s Daughter” is not necessarily about Judaism. “My path has been a Jewish path, but my questions are not Jewish questions and can apply to anybody on a spiritual journey,” she says. “A trip to Israel is not just a place for Jews to come, it’s a pilgrimage for many religions. I try to keep it very broad so it compares to a universal spiritual journey.”

Lester and her husband have the Shalev Center in Jerusalem, a place that provides ways to apply Jewish teachings to personal growth. “We do psychological and spiritual processes, but it’s deep work and intense, and one of my goals in presenting “Babel’s Daughter” is to make it entertaining,” she says. “I specifically try to tread lightly and make it easily engaging for people on any level.”
Or, as she puts it, “It’s putting the fun back in profundity.” 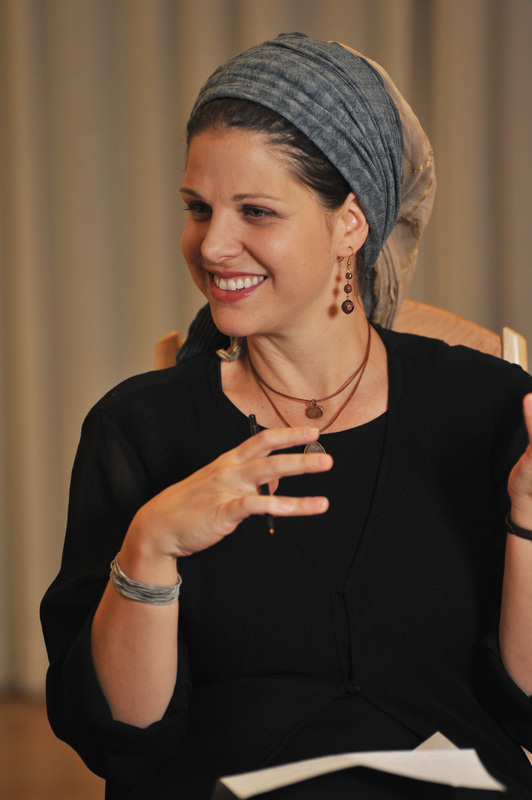